So I am heterozygous for MTHFR/MTHFRA1298C. I actually didn’t notice too many health issues in my life until after I had my first pregnancy at age 33. After that I developed issues - doctors initially said low vitamin d, and in fact many things seemed better once I included vitamin d supplements. But eventually I “developed” symptoms for hypothyroid and was diagnosed with Hashimoto’s. Anyway, I control quite a bit with a clean diet, resolved SIBO issues (at least I went on a protocol and don’t have anymore symptoms), and am on naturethroid and liothyronine. I tried taking adenocobalamin as a sublingual lozenge and folinic acid - both Seeking Health - and for a week or two felt amazing, then BAM - headaches and awful anxiety. I had tried methylcolbamin and methyfolate before, and it was the same thing. I don’t know - what am I doing wrong? Am I missing other minerals perhaps? I know they should be great for anxiety, but I just can’t seem to figure it out … Any thoughts/articles to share?

Well, you’re on the right path by ditching the methylfolate and Methyl B12. I’m a MTHFR mutant myself and thanks to other SNPs cannot take either methylfolate or Methyl B12 so I feel your pain!. Sounds like you are having hypermethylation episodes. You could try and:

-Reduce your dosages. I can handle 2000 mg of Hydroxocobalamin but only a tiny amount of folinic acid - 1/4 of an 800mcg tablet. Go backwards, start over, and take only a tiny bit of each until you find the right dosages for you. Start low and go slow!
-Switch from adeno to hydroxocobalamin. It might work better for you. Swanson Vitamins just started offering the Hydoroxo - FYI

I feel like the hypermethylation episodes are horrible for our bodies. I don’t have anxiety but a lot of folks do. I have extreme heat and sweating, headache, tinnitus, and horrible insomnia - so extremely miserable.
To get a hypermethylation episode stopped, I take some mixture of the following: niacin, potassium, magnesium, turmeric, B6, and/or B12.

Good luck!! It took me over a year to begin to get a handle on all this crazy stuff. For those of us who can’t handle methylated B vitamins, it’s even more complicated - sigh. Six months ago, I couldn’t even eat a small side salad without suffering from hypermethylation but I haven’t had a bad episode in about three months. Hope this helps!!

Wow! Thank you for your response! I’ll check out all your recommended links. Do you feel a difference now that you’re on a good B regimen then before you started?

Hmmmm…well, I’m not constantly having those awful hypermethylation episodes every time I eat a tiny salad. But I don’t know that I feel different on the whole. But…I quit taking methyl folate right away. I could see that was not working for me at all. So stuff like brain fog had pretty much gone away. Methyl B12 didn’t make me feel bad generally but it sure helped ignite the pure misery of hypermethylation

I forgot to mention in my original response,…I’m hypothyroid too. I’ve been on Armour Thryoid since 2014. Finding out about MTHFR IN 2015 explained my thyroid woes and some other things. It’s good just knowing that yes, there is an underlying reason for health issues - not just in your head.

Be sure to spend some time at the Phoenix Rising forum I listed. It was enlightening to read other folks problems and solutions. Just know that many folks find methylated B vitamins to be the ticket to health. But for those of us with COMT, or CBS issues, they are a part of the problem…

Hi, I just set up my GeneChat and I have a question about the Folinic Acid, because my doctor who works with LiveWello’s Gene Variance Reports prescribed it to me, but did not explain exactly why I need Folinic Acid versus Folate. I have had problems in the past with Deplin, Metanx and other forms and strengths of L-Methylfolate and I do not have any idea why… Can somebody here explain why ?
I was getting really bad Headaches and bad feeling inside of my head… and could not keep taking the same kind of L-Methylfolate! I had to stop it against the opinion of my Pain Management MD.
I also have Hashimoto’s.

Sorry if this is too much information!

I had a problem taking methylfolate as well, but methlylated b12 energized me. Pretty weird…I may try the folinic acid route. I have COMT C667, MTHFR, CBS mutations, COMTVALVAL.

Maybe your sulfur pathways are not working…how are your phase 1and phase 2liver pathways?

I have 2 CBS gene mutations … does that effect the liver?

You mention insomnia and sweating. I had the problem at night until I was able to recognize that it was related to my cortisol problem. Research showed that could be due to blue light from my TV at night. Since I started to use blue light filter glasses in the evening I have not had the insomnia and sweating . See the following site for information about this problem:

I somehow touched the wrong key. The site is at: 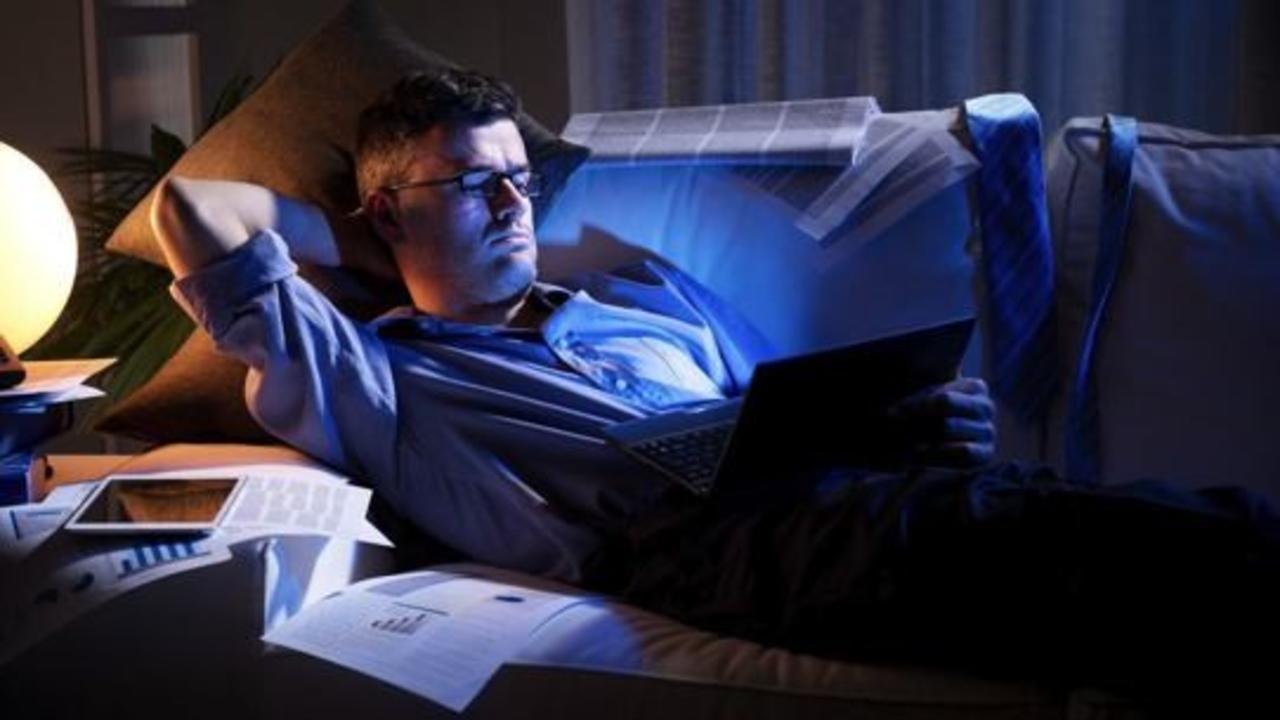 How Blue Light Is Ruining Sleep & Making Us Fat

Sleep is vital for health yet many people are sleep deprived. A big factor behind achieving quality sleep is a solid and stable circadian rhythm. Today we stare at a screens under bright light bulbs well past sundown. Are our phones, screens &...

There’s a new book out called “dirty genes” by dr Ben lynch and he has a Dave page. I highly recommend everyone get a copy!

Would you explain please what is hypermethylation?

Geobob - sorry I just saw this. I’ll check out your info as it might be helpful in general. But I was describing insomnia and sweating I had only when I took Methyl Folate or ate too much folate via salads or other green foods. Doing much better these days. Time has helped.

There are theories out there that everyone should be taking massive doses of methylated B vitamins to normalize themselves. I think I would be dead if I had tried that. Some folks are really helped by starting Methyl Folate but a lot of us aren’t. As I mentioned in the original discussion, they triggered awful hypermethylation that included insomnia, sweating, joint pain, headache, tinnitus, and more. Too much methyl caused my body temperature to raise, oh, and made me gain weight. I realize now that was because of the inflammation caused by hypermethylation. A lot of folks have extreme anxiety when hypermethylating.

Sounds like the doctor that replaced the folate with folinic acid was doing the right thing for you!

Hope this is helpful!

In general there are not a lot of good reasons to take folinic acid. There is a section about methylation in my book, and there are some genetic types that need to actively avoid it. Nobody seems to need it from what I have researched, but I could be wrong.
https://geneticdetoxification.com/book/

Hi Rhiannon_Davenport, how are you doing now with the Folinic Acid? What doctor prescribed it for you? I have been taking Folinic Acid 800 mcg also since March of 2017 and I also have frequent Headaches, but there ware periods of time when the headaches would ease up and periods of time when they are almost every day and I did not associate the headaches with the Folinic Acid, but lately I have been having a lot of trouble with pressure in my head, which makes me also dizzy after starting some BHRT for menopausal symptoms. I also recently have developed tinnitus, which makes things worse. I am looking to find other people to talk to personally. Do you think we have something in common?
I have found a place in Miami, where I can get a personal consultation about the MTHFR for $ 350 and I think I need it. There is a lady on YouTube, who knows a lot about MTHFR and they have developed a special line of supplements for people with MTHFR. It seems like we are some kind of special kind of people and we need to be doing a liver detoxes using their products. Would it be appropriate for me to share this information here? I am not sure.
Have a Happy ThanksGiving!

Thank you, Carnation!
I just do not understand what is the difference between L-methylfolate and the Folinic Acid and how I am supposed to decrease the dose? Mine comes in a capsule and I do not have a doctor currently who will advise me on that. The doctor, who put me on it was working with me only to get my Raw data from < 23&Me > transferred to LiveWello and tell me which genes are the bad ones for me. She is mainly working with children and would not even do a phone consultation with me. And I do not know what to do. I am lost and stuck with that.

Have you heard of dr Ben Lynch? He has a book called Dirty Genes and it talks about your issue. First of all anyone with a mthfr mutation should NOT be taking folanic acid-you need to be taking methyl folate-but the dose is totally different for everyone!! He has a Facebook account called stratogene where he does Facebook lives…I suggest starting with these two things and saving your money!

Try low dose Niacin…50mg…It works wonders for the anxiety with Folinic Acid…Note Folinic Acid also known as leucovorin is what you should be taking not Folic Acid. .You are taking the right stuff just try taking some low dose Niacin with it.